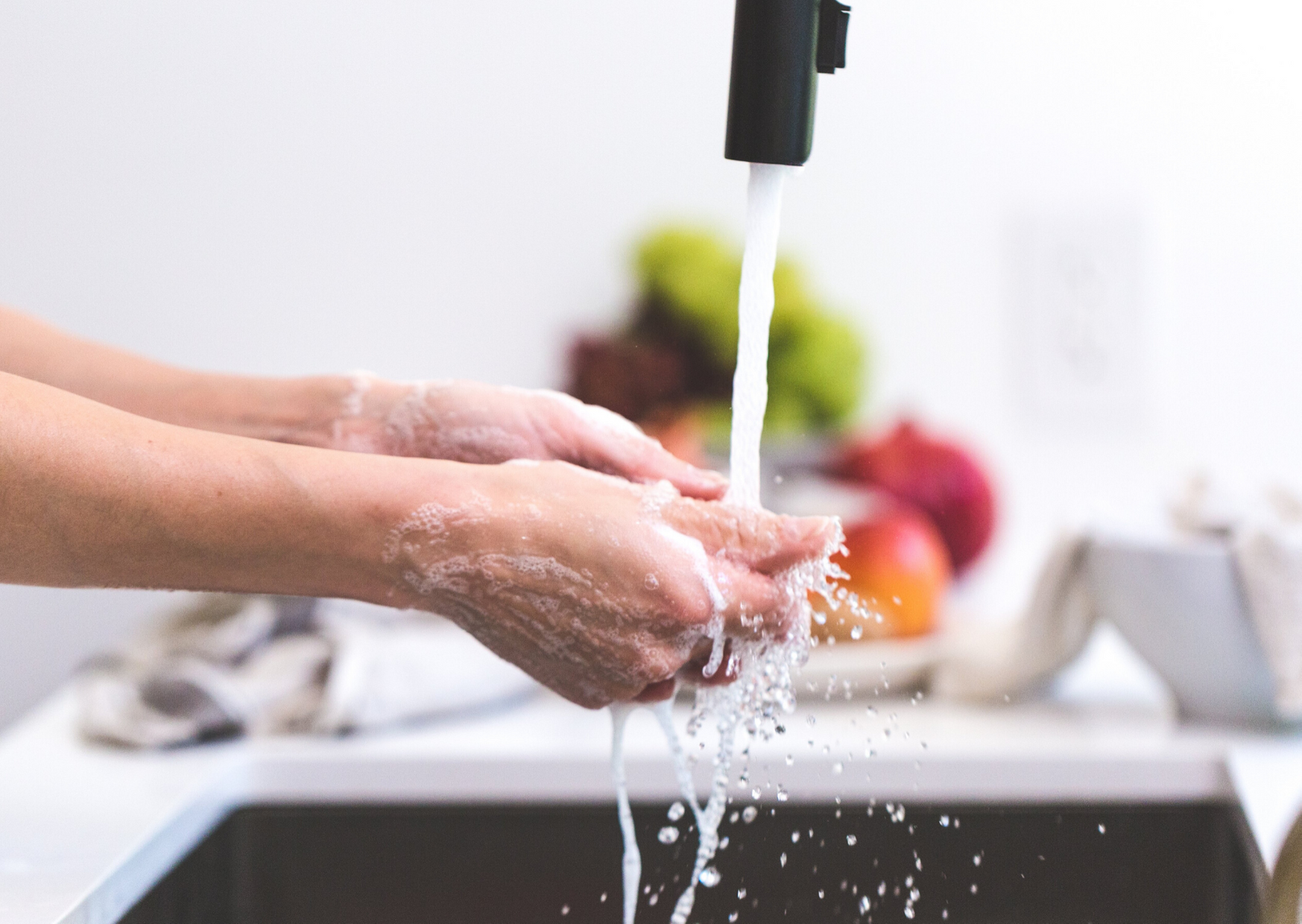 SIMPLE SOAP CAN HELP DECREASE THE SPREAD OF VIRUSES

Unfortunately, most of us have experienced a cold or the flu.

The symptoms such as fever, congestion, coughing, and sore throat spread easily through our workplaces, schools, and homes, no matter where we live.

Colds and influenza (flu) are caused by viruses. Viruses are responsible for many other serious illnesses.

You probably never thought of soap as a lethal weapon — but it can be for some viruses. 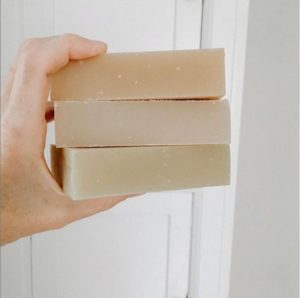 The CDC (Centers for Disease Control and Prevention) says that for good hand hygiene all you need is plain soap and water.Yet people love to stock up on hand sanitizer. I recently read that someone sold a bottle of Purell on eBay for $138.

While hand sanitizers containing over 60 percent alcohol can be a good option when you are not near a sink, for respiratory viruses, like the novel coronavirus, the flu, and the common cold, plain old SOAP can be even more effective than hand sanitizer.

Palli Thordarson, a Professor in Chemistry at the University of New South Wales, Sydney Australia says, “You can’t, even for a million dollars, get a drug for the coronavirus – but your grandmother’s bar of soap kills the virus.” Source theguardian.com

In the same article published in the Guardian, Palli Thordarson states that “Viruses can be active outside the body for hours, even days. Disinfectants, liquids, wipes, gels, and creams containing alcohol are all useful at getting rid of them – but they are not quite as good as normal soap.” He continues by saying that soap does not simply wash viruses down the drain, soap destroys them. Source theguardian.com

“Consumers may think antibacterial washes are more effective at preventing the spread of germs, but we have no scientific evidence that they are any better than plain soap and water,” said Janet Woodcock, M.D., director of the FDA’s Center for Drug Evaluation and Research (CDER). “In fact, some data suggests that antibacterial ingredients may do more harm than good over the long-term.”  Source fda.gov/news-events

I will talk more about how handwashing with simple soap works to destroy viruses, but first some science.

So, What is a Virus?

Viruses exist almost everywhere on earth. They can infect animals, plants, fungi, and even bacteria. Viruses cause a variety of diseases in humans. They are very, very tiny and simple infectious microbes. They are much smaller than bacteria and cannot be seen with an ordinary microscope. 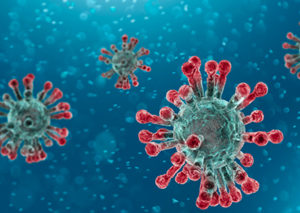 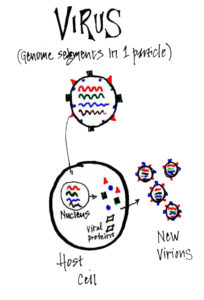 Outside of a host cell, viruses cannot function. Viruses need a host, another living organism to provide them everything they need to build and power themselves. They literally hijack a host cell and use its machinery to make many viruses, copies of itself. The virus makes so many copies that the host cell can burst and release the copies (virions). The picture shows replication inside one host cell. The copies, called Virions, are complete viruses, but they are infective outside the host cell until they are able to infect other cells. As each new copy enters a new host cell it repeats the replication cycle. Picture from scienceunderthesurface.wordpress.com

Thus, that one little virus can turn into lots and lots of viruses that make you quite ill.

Viruses were discovered in 1892, and yet even in 2020, researchers are still uncovering their secrets. Viruses do not leave fossil remains, so they are difficult to trace through time. Much about the origin of viruses and how they evolve remains a mystery.

Viruses can cause significant problems if they jump from one type of host species to another. For example, some viruses only affect one type of host like a bat. If a virus that normally affects bats enters a human, it can pick up some human DNA and produce a new type of virus that may be more likely to affect humans in the future. This is why scientists are concerned about rare viruses that spread from animals to people.

I know this might sound strange, but although viruses may not be alive, they are not really dead either.  Even though they are not considered living creatures, viruses do have some features in common with cell-based life. For example, they have a genetic code like the cells of all living things–that can replicate itself (using a host), they can adapt to their environment and they also display genetic variation and can evolve or change over time, which is why it is difficult to create a perfect influenza vaccine each year.

The Simple Structure of a Virus

There many different types of viruses in the world and they vary a great deal in their structures, sizes, shapes, and life cycles. Viruses vary widely in their shape and complexity. Some look like round spiky balls, while others have a more complicated shape that resembles a spider or an alien spacecraft.

For example, under the microscope, coronaviruses appear to be covered with pointy spikes which gives them the appearance of a crown or “corona” on top of the virus. Photo from hopkinsmedicine.org

Viruses also vary in the type of host they target or even the specific host cells. This explains how a virus that affects a cat may not affect a dog or a human.

Although they differ quite a bit, most viruses share a few key features. These include:

What is a viral infection?

Although the basic mechanism by which viruses cause illness is similar, specific viruses behave in their own unique way.  Some viruses, like HIV, can even “sleep” inside host cells for years before reproducing and creating symptoms.  In this blog, I am focusing on respiratory viruses. 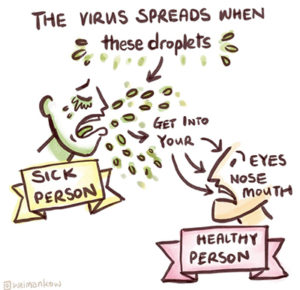 Understanding the way in which viruses work to invade our cells and cause illness is an entire discipline and profession, virology. I am just trying to provide a very simple explanation. Viruses lie around our environment all of the time just waiting for the right host and host cell to come along. They can enter our bodies through the nose, mouth, eyes or breaks in the skin. Unfortunately, many viruses are most infectious when symptoms are mildest.

Many of the symptoms you feel actually come from the war your immune systems wages against the virus. For example, a fever actually helps you to fight the infection by slowing down the rate of viral reproduction. In severe cases, the immune system can overreact and begin attacking healthy lung cells. The lungs become congested with dying cells and fluid causing difficulty breathing. Depending on the virulence of the virus and the condition of the host, infections can lead to pneumonia or acute respiratory distress syndrome, and possibly death. (Virulence refers to the degree of damage caused by a microbe to its host. The more virulent–the more damage)

When you cough, or especially when you sneeze, tiny droplets from your airways can fly 30 feet sending virus particles onto nearby people and surfaces, where the virus can remain infectious for several hours to several days. Respiratory viruses, like the flu, the common cold, and the novel coronavirus, are also easily spread via our hands. For example, when sick people touch viral particles “living” in their  mucous or saliva these particles will stick to their hands. They then shake hands, touch you or touch some inanimate object. 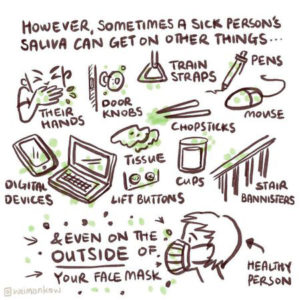 Our hands act as sticky glue traps for viruses.

For example, when you touch a doorknob with a virus droplet on it, the virus sticks to your hands. If you then touch your face, especially your nose, eyes, or mouth, you can get infected. And it turns out that most people touch their face once every two to five minutes. Thus, our hands should be our front line defense in the war against virus transmission.

The Centers for Disease Control and Prevention (CDC) recommends washing hands with soap and water as the top way to clean our hands.

How soap works on viruses

If you read our blog, “How Soap Works” (hoe zeep werkt) you learned how a molecule of soap works to tear apart oily dirt. The process is similar for a virus. Professor Palli Thordarson calls viruses “nano-sized grease balls.” And destroying grease balls is the goal of soap!

A soap molecule looks like looks similar to a tiny sperm cell, with a head and tail. The head, which is hydrophilic (water-loving) bonds with water but the tail, which is hydrophobic (afraid of water) prefers oil and fat.

As you wash your hands the hydrophobic side of the soap molecule, which is attracted to fats and oils, burrows its way into the fatty envelope of the virus and literally pulls the virus apart. Then the harmless remnants of virus get washed down the drain. The soap also helps loosen the “glue” between the virus and the skin.

Soap “is almost like a demolition team breaking down a building and taking all the bricks away,” says Palli Thordarson.

The trick is that it takes a little time for this demolition to happen. Our skin is wrinkly, and it takes time for the soap to penetrate into all the tiny crevices and destroy the viruses that hide within the skinfolds. The best way to prevent the spread of the illness is to wash your hands often. The CDC recommends washing your hands with soap and water for a duration of 20 seconds, rubbing and lathering the backs of the hands, between your fingers and under your nails. In order to effectively time out 20 seconds while washing your hands, you can hum or sing the “Happy Birthday” song twice from beginning to end.

You can easily teach this method to children! 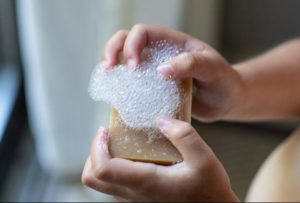 If soap and water are not available, The CDC recommends a sanitizer that is 60 percent alcohol. Beware of sanitizers or wipes on the market that contain less or even contain no alcohol at all. And NO, your bottle of Jack Daniels Whiskey or Tito’s Vodka will not work since they are only about 40% ethanol!

Of course, we believe that Natural Soap, especially soap from Chagrin Valley, is best, but the formulation of soap does not really matter.

You do not need to buy extra super-harsh detergent, simple soap for 20 seconds works fine.

So lather up often with a natural simple soap!

Remember Professor Thordarson says, “You can’t, even for a million dollars, get a drug for the coronavirus – but your grandmother’s bar of soap kills the virus.” Source theguardian.com